The 4th International Conference on Modern Research in Science, Engineering and Technology, March 5-7, 2021 in Berlin, Germany aims to bring together academia, researchers and scholars to exchange information and share experiences and research results about all aspects of specialized and interdisciplinary fields. This event provides an opportunity for all to network, share ideas and present their research  to a worldwide community. Discussion on the latest innovations, trends and practical concerns and challenges faced in these fields are also encouraged.

Be an oral presenter of the conference and present your research to a truly international audience. Presentation slots are limited, so early submission is strongly encouraged. Send your abstract today.

Be a virtual presenter

If you can’t attend the conference in person but want to share your research with our international community, join as a virtual presenter.

All accepted research papers will be published and indexed in the conference proceedings with ISBN.

Attending in MSETCONF will provide an opportunity to network and share thoughts on recent advances with other academics and experts in the same or similar fields.

Organizing Committee will offer the all participants a city tour free of charge, so learn about Berlin’s vibrant past and present, with a friendly local guide.

Berlin is not only the capital of Germany, but also in many ways the capital of Europe, sitting at the crossroads of the East and West. Germany serves as the continent’s largest economy and the world’s fourth largest overall. It’s a major player in industry, engineering, science, and renewable energy, and Berlin has recently been dubbed the start-up capital of Europe.

It’s a country known for its rich culture, world-famous festivals, beautiful landscape, and war-torn history. By occupying such an important place in the political, economic, and cultural worlds, Germany – Berlin in particular – make for a compelling study abroad destination.

We would also like to offer the participants a one-day city tour free of charge. Great chance for participants to mingle around as well as appreciate the largest and most historically city of Berlin with its famous buildings, architecture and rich culture. Your experience of Berlin will not be completed until you pay a visit the most famous monuments and sights include Reichstag Building, Berlin Wall Memorial, Museum Island, Berlin Television Tower, Checkpoint Charlie.. More information about the tour will be given during the event. Organizing committee will offer the participants a city tour free of charge. 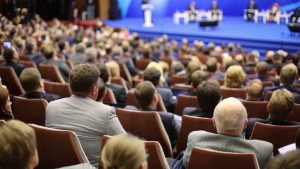 We and our advertising partners use cookies on this site and around the web to improve your website experience and provide you with personalized advertising from this site and other advertisers. By clicking “Allow” or navigating this site, you accept the placement and use of these cookies for these purposes.